Half Man Half Biscuit Breaking News

Much for the studio pundits to chew over in our four-yearly tournament to rank all the band’s songs in order. Our eventual winner had clearly been training for four years to be a knockout specialist, as it surged through to win the knockout stage from fifth place in the huge “Baguette Dilemma” Round, where over 1500 people voted in 391,950 random matchups. Read the full story here. 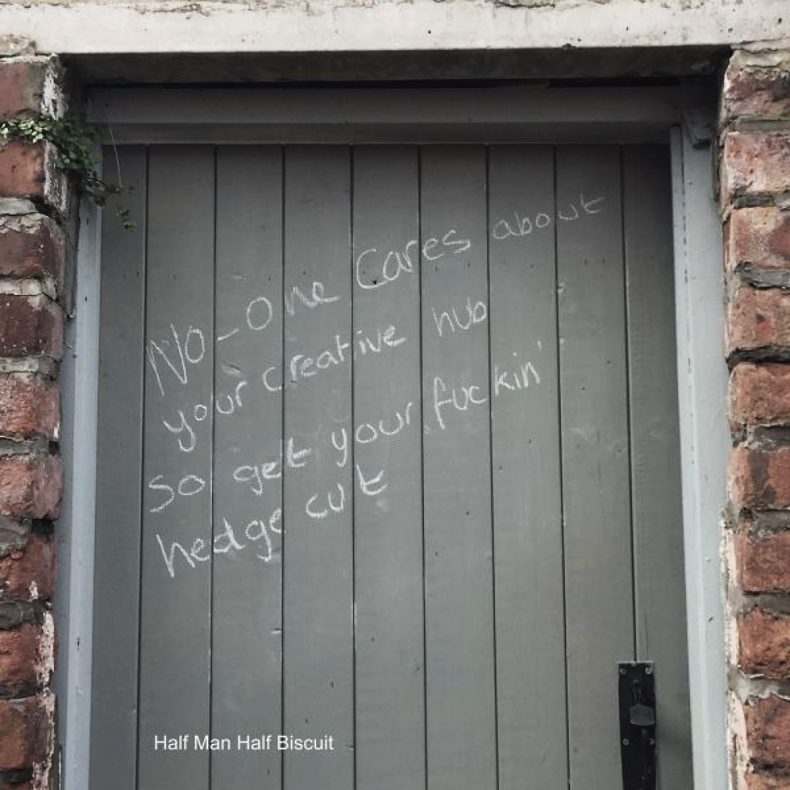 After a slightly-longer-than-usual gap between albums, the band released that difficult fourteenth album on 18 May 2018, snappily titled No-one Cares About Your Creative Hub So Get Your Fuckin’ Hedge Cut and contains 13 tracks. Read everyone’s chat about the album here and see the lyrics here.

Change of Lineup: Karl Benson joins Half Man Half Biscuit

Guitarist Ken Hancock last appeared with the band in August 2017, when he was said to be “under the weather”, and has been replaced with Karl Benson.

Karl, who had subbed at a couple of gigs in the past, came on this site to introduce himself after a few people had become confused by previously knowing him under a different (stage) name with another band. 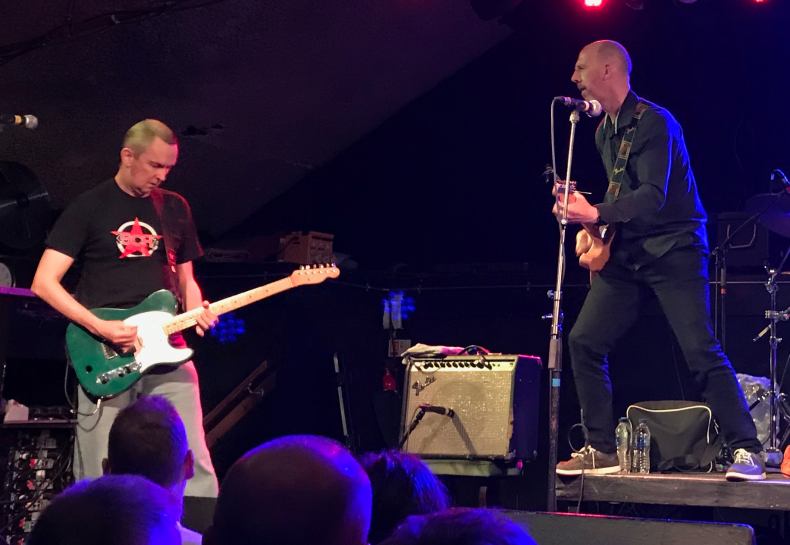 Above: Karl Benson (left), with Nigel Blackwell at the Robin 2, Bilston, February 2018