Football references in the HMHB canon

“I found myself at a loose end and spent far too many hours doing a football reference analysis of everyone’s favourite band. The project came about (as with all good ideas) listening to HMHB and a friend asking: “I wonder what percentage of Biscuit songs have football references in?

“There are lots of decisions that have been made that could potentially be called into question. For example, I have split the songs into “with reference to football” and “about football”, which is obviously down to interpretation.

“I have Gubba Lookalikes as a song about football because its primary theme is people who look like a commentator but I have Dukla Prague Away Kit as a song with reference to football, as the main theme isn’t really football itself. It’s also possible that I have missed some references completely, which would be great to have pointed out!”

Michael’s spreadsheet (XLSX) can be downloaded here. There’s a nice “charts” tab with some interactive, er, charts, and other tabs have the raw data. Enjoy! 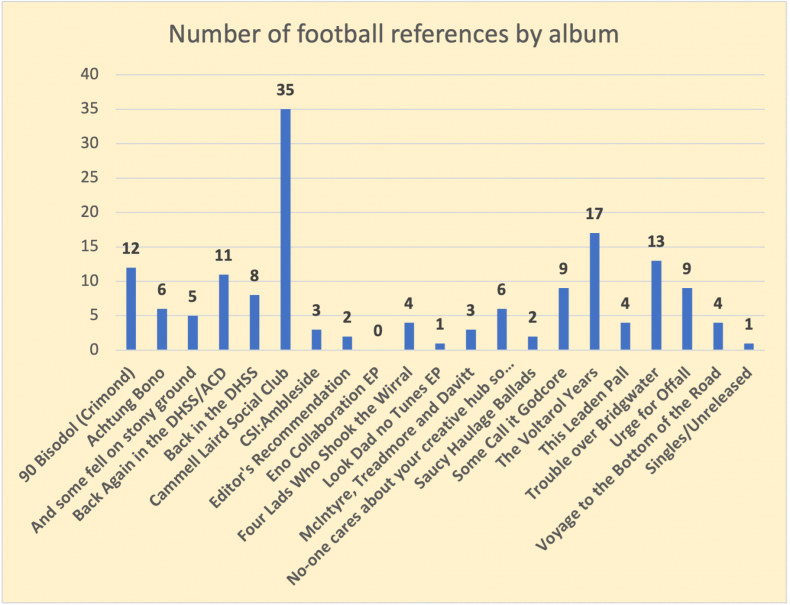 Sample Data: songs with two or more references to football: