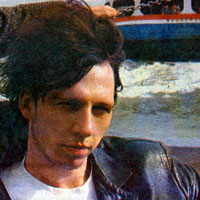 Well, in a monumental week for The Half Man Half Biscuit Project, our man (and I think after having made 184 of the 2,077 comments on this site, I can call him that) Charles Exford Esq managed to get a friendly chat with Nigel Blackwell himself. And the result? A fantastic set of clarifications of some of the most argued-over lyrics on the site. The “official” corrections (or indeed confirmations) are going on the relevant pages, and wherever they’re made, I’ll put a reference back to this page as the source, so you’ll know that it might be wisest not to argue any further. Although I bet you lot will anyway.

A big thank you to NB57 for his time and patience, as well as to “Charles” for getting it all organised.