Thanks to the magnificent efforts of numerous contributors to the Guest List page at Gez’s Half Man Half Biscuit site, the web has set lists for the band’s gigs for many years, including a continuous run since November 2000. A gallant bunch of regulars on this site (listed below) helped to add the listings from that run to a giant spreadsheet, which is featured here (you may need a large screen to take it all in!). We may update it in the future, but for now, enjoy our big grid of numbers, and don’t forget to move on to the full discussion, which is here.

Click on the image below to open the spreadsheet as a Google Sheets document. 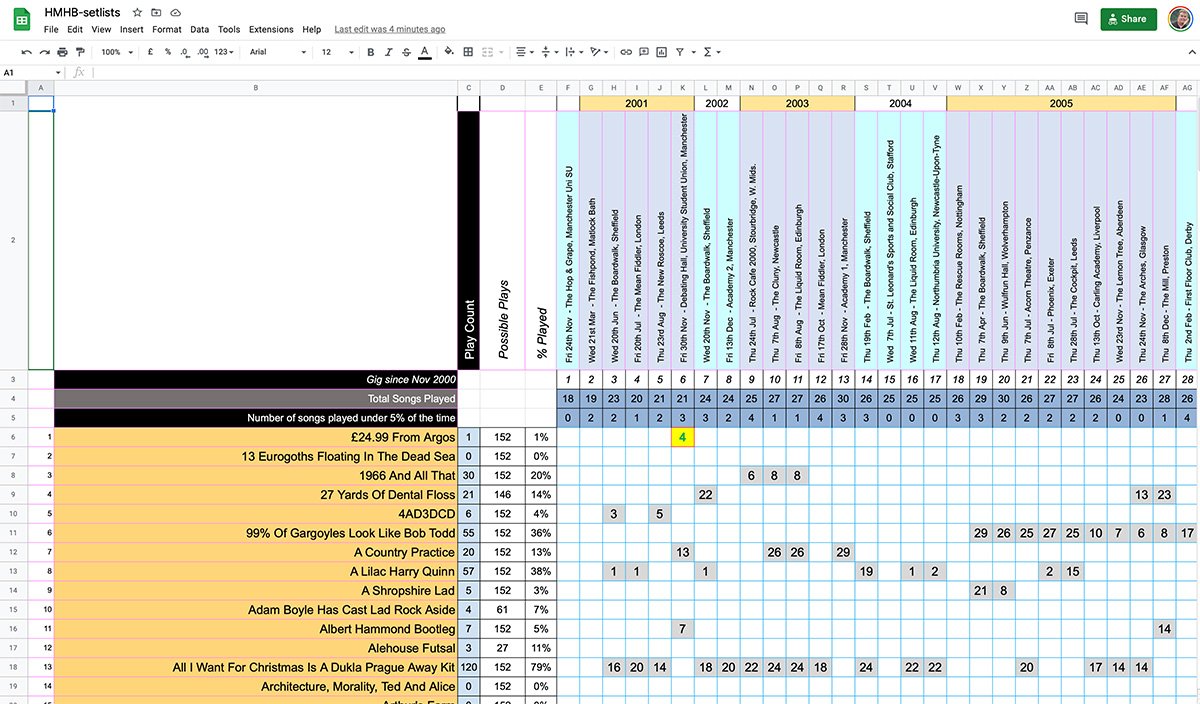