You were the only one who heard my constant sobbing

Frequent Electric Trains was written for the Left Bank Soundtrack animated music walk of Birkenhead in 2021. The song can be heard here.

The ‘animated music walk’ describes itself as follows: “Using newly-commissioned compositions from Birkenhead’s musical talent, [the walk] threads together stories of music, movements, history and change. It takes you through Birkenhead, the old music venues and sounds, cultural heritage and hopes for the future.

“Birkenhead. A small shipbuilding town on the banks of the River Mersey, nestled on a peninsula of land called the Wirral, tucked between Liverpool and North Wales. We populated the world’s oceans with great liners. We also populated the world’s radio waves and stages with some of the most fabulous and gloriously eccentric music you’ve heard: Bill Ryder-Jones, Orchestral Manoeuvres in the Dark, Half Man Half Biscuit, Elvis Costello, Forest Swords, Queen Zee, Hooton Tennis Club.

“Music has the power to change, to transform ideas, minds, places and talent.

“On the Leftbank Soundtrack walk along the bank of the River Mersey, from the towering art deco Ventilation Tower, to the historic Priory and the green shoots of Future Yard. Listen to six musical compositions and allow your mind to reflect on the past and the present.” 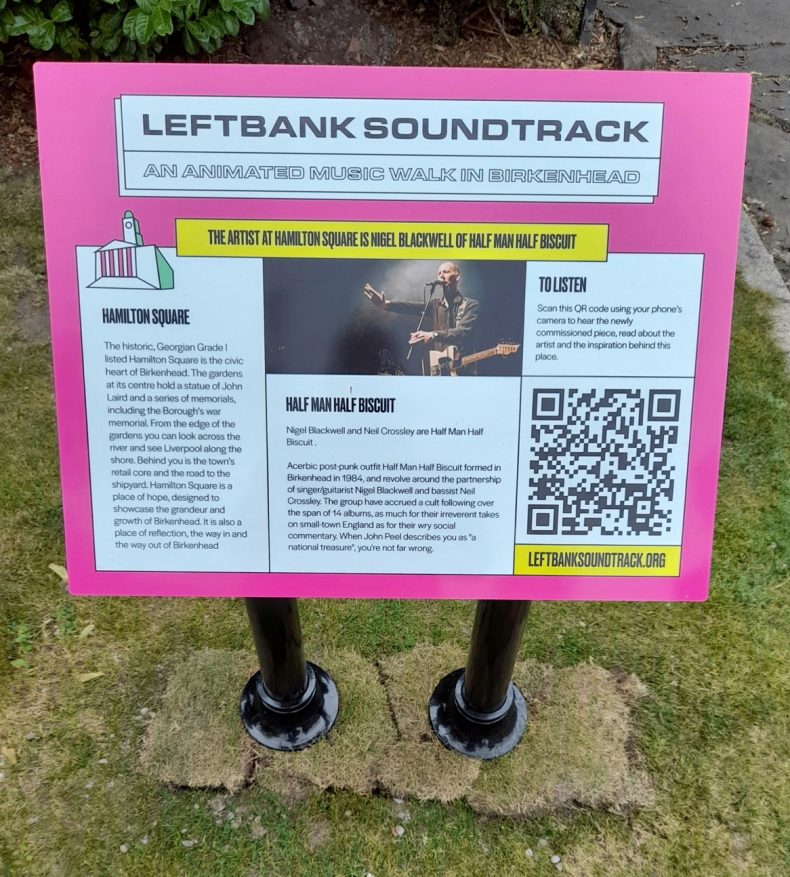 Thanks to Dr John and TFO Keith.